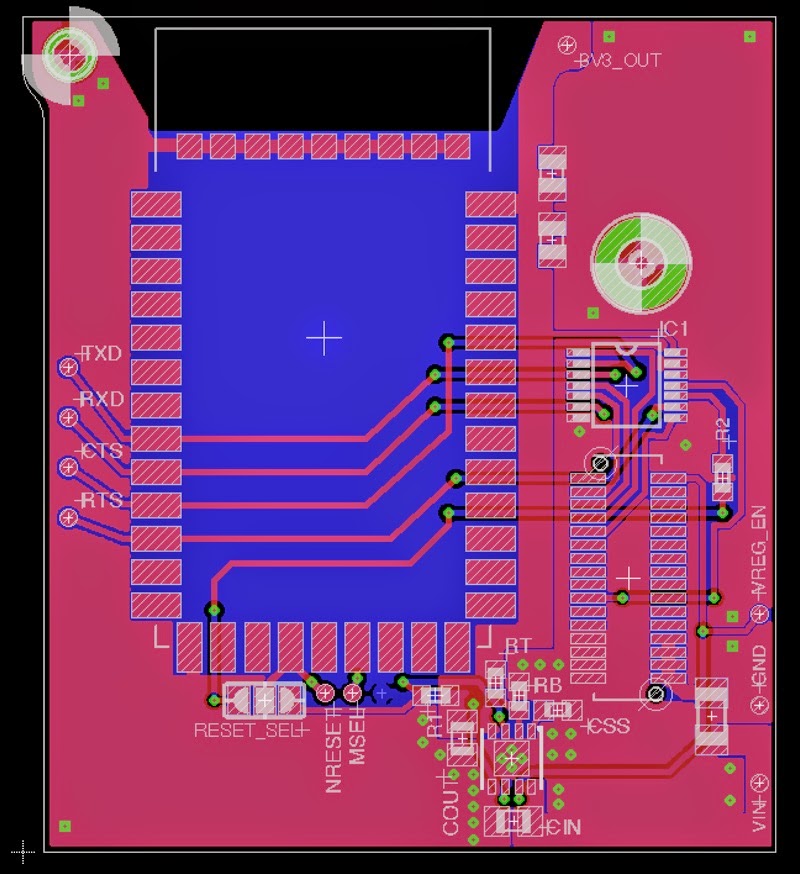 Some updates on the project:

So the board is off at ITEAD Studio being built, assuming it passes their error checks. update: it passed error checks and is being manufactured I also ordered two solder stencils from OSHStencils.  I also built a reflow toaster out of an old toaster oven I got for free from a garage sale.  All that’s left is to get some solder paste.  I also want to build a little pick and place jig to help place the small components.

Hopefully this will all work in the end… and then there’s still the antenna to figure out.
________