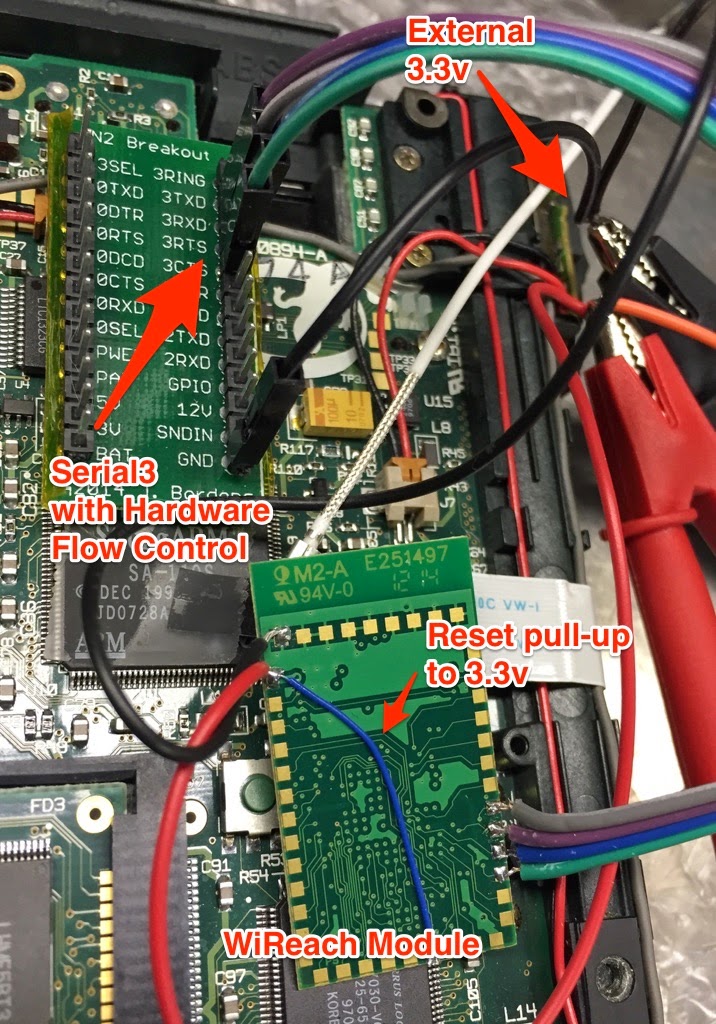 All of this work on the internal serial slot is in support of my WiFi module project.  The goal is to build an internal interface to a ConnectOne WiReach module.  I like this module for a few reasons:

I’ve done some testing today and found that it works really well.  A few caveats:
My current thinking is to use the SerPortSel3 line to control the 3.3v regulator shutdown.  Serial3 is just as fast as Serial0 (even though the specs say that Ser3 is slower, this doesn’t appear to be the case,  it works fine at 119200)  I wouldn’t want the module running all the time, drawing power.  SerPortSel3 would work to turn on and off power to the module.  Since no one ever connects anything to Serial3 externally, I am thinking that I might skip a tri-state bus buffer.